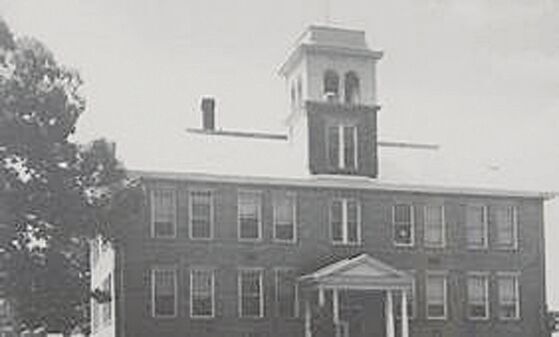 Photo of the Thyne Institute.

Photo of the Thyne Institute.

Alumni and associates from the four historically black high schools in Mecklenburg County have been meeting monthly to plan, strategize, and to accomplish their mission to secure land in a suitable location to construct a building meant to not only serve as a display of artifacts and accumulated history of the four schools but also as a community center for gathering and more.

The Historically Black Schools of Mecklenburg County, VA organization came into existence in January of 2014 and consists of Alumni from East End High School, West End High School, the Thyne Institute, The Mecklenburg County Training School, and supporters of their efforts. Their mission is “to collect, assemble and preserve a collection of artifacts, memorabilia and profiles” for prosperity and for future generations.

The idea for the organization came to be when Mecklenburg County Training School Alumni, W.P Hudgins, Mr. Glanzy Spain, Mrs. Jean Spain, and other alumni decided that something needed to be done to preserve the memory of these historic schools. “A lot of the alumni [from these schools] are senior citizens and there aren’t too many left. So we thought what if we could come together and figure out what kind of legacy we could leave for these schools,” said Mr. Spain.

There are several sites being considered for the Community Center based on availability of funds. Letters of interest have been sent to the Mecklenburg County Board Supervisors for the project to be considered for the soon to be vacant Park View and Bluestone Middle Schools. “We feel confident that our requests for the artifacts [from the Mecklenburg County School Board] will be granted but we need a suitable location to house this very important history.”

“In order to accomplish our mission, we need your help. Previously, several mailings soliciting support have been sent. Many responded with financial donations and we thanked them for their support. The organization, being incorporated, is exempt from Federal income tax under Section 501C3 of Internal Revenue Code.”

Please consider pledging a tax-deductible financial donation to the Historically Black Schools of Mecklenburg County Virginia to help make this dream a success. Contact committee President Glanzy Spain or Priscilla Walker at 434-738-6669 for donation details or questions about the project.

The Thyne Institute was a private faith-based institution run by the United Presbyterian Church of North America. The students who attended the school paid their own tuitions. The school began under the teachings of Reverend John Ashenhurst in a small, poorly equipped room but was later named the Thyne Institute after a man by the name of John Thyne built a large three-story structure, along with three smaller buildings, on a five acre lot in Chase City.

Between the years of 1872 and 1896 the school worked to add classes to their curriculum and in 1896 the first class of students graduated from the institute. Thyne Institute was first accredited by the State of Virginia in 1911 and remains the first high school in Mecklenburg County to elevate its classes to a 12th grade status. Today a marker sits on the side of Highway 47 on the grounds where the school stood near the current Chase City Elementary School.

After much discussion about the need for a high school on the west end of Mecklenburg County, West End High School officially opened its doors in September of 1935 with an “enrollment of approximately 100 freshmen from the age range of 14 to 20 years of age. The range was of such to accommodate students who had finished elementary school, but had no place to attend to get more education.”

West End High School operated under the instruction of Principal Robert O. Harris, who was also serving as the only teacher at the time. In an effort to save time and money, the students and parents worked on digging the foundation for the auditorium and science classroom. “More than fifty parents gave gifts of $10 or more to aid with the buying of construction materials. Some parents purchased buses to transport the students to West End. The school graduated its first class of twenty students in 1939. The original structure was built on Caroline Street in Clarksville.

East End High School started with an enrollment of 450 students in 1953. Students from the Mecklenburg County Training School and all black students from the Eastern End of the county attended the school upon its opening. The first principal was Mr. Emmett Taliaferro along with Assistant Principal O.G. Walker. The school was operating in what is now known as Park View Middle School on Dockery Road in South Hill.