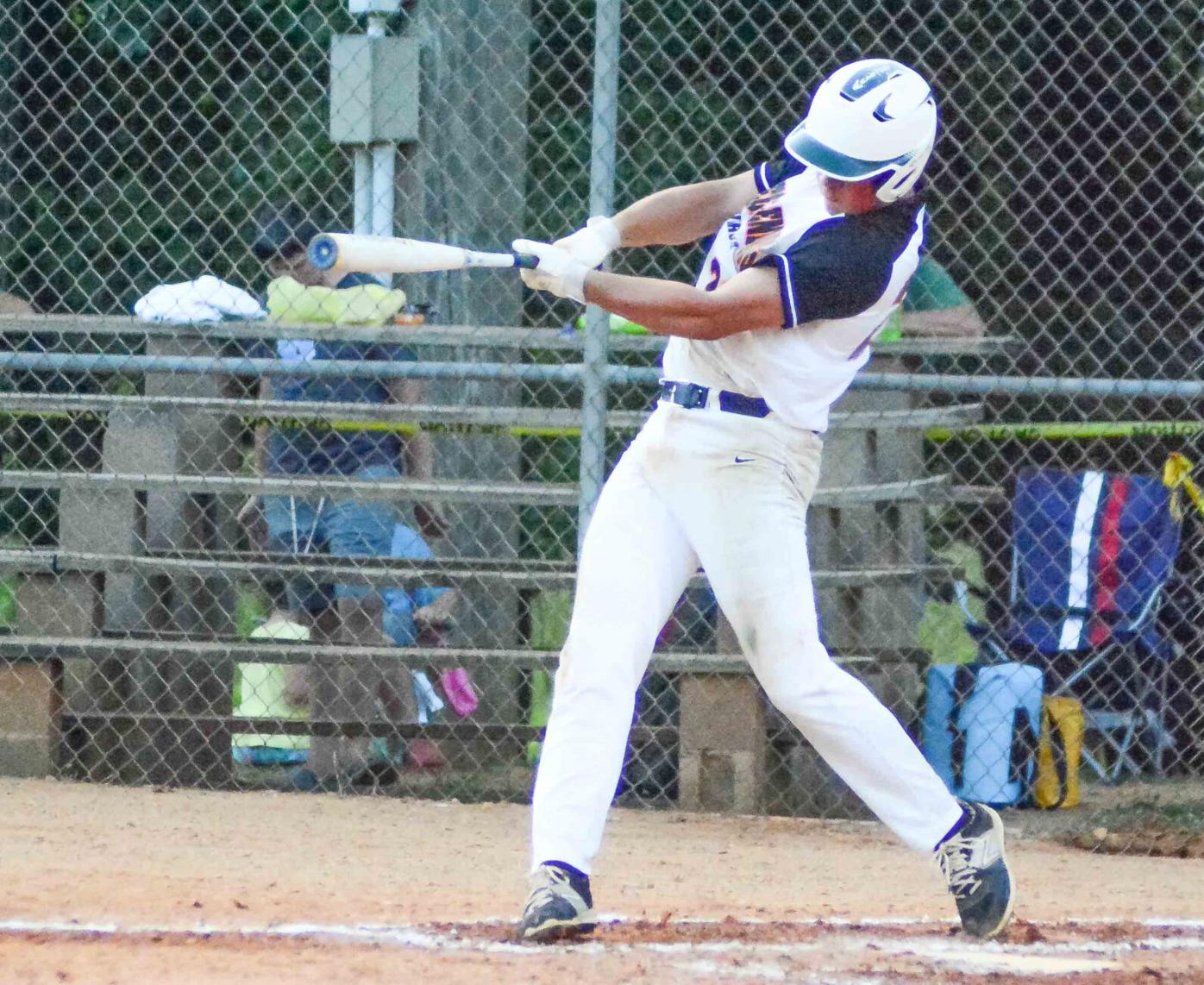 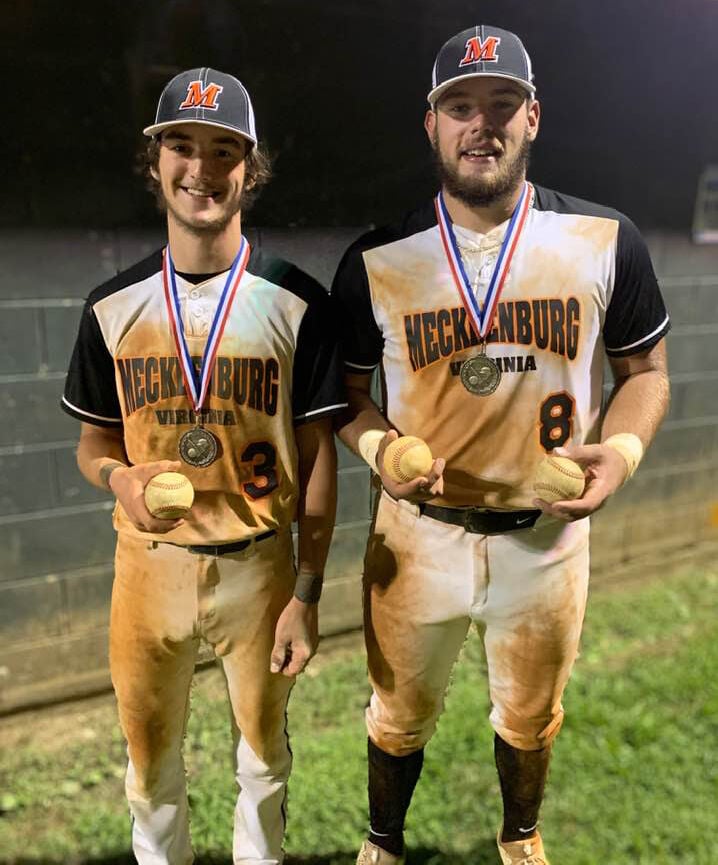 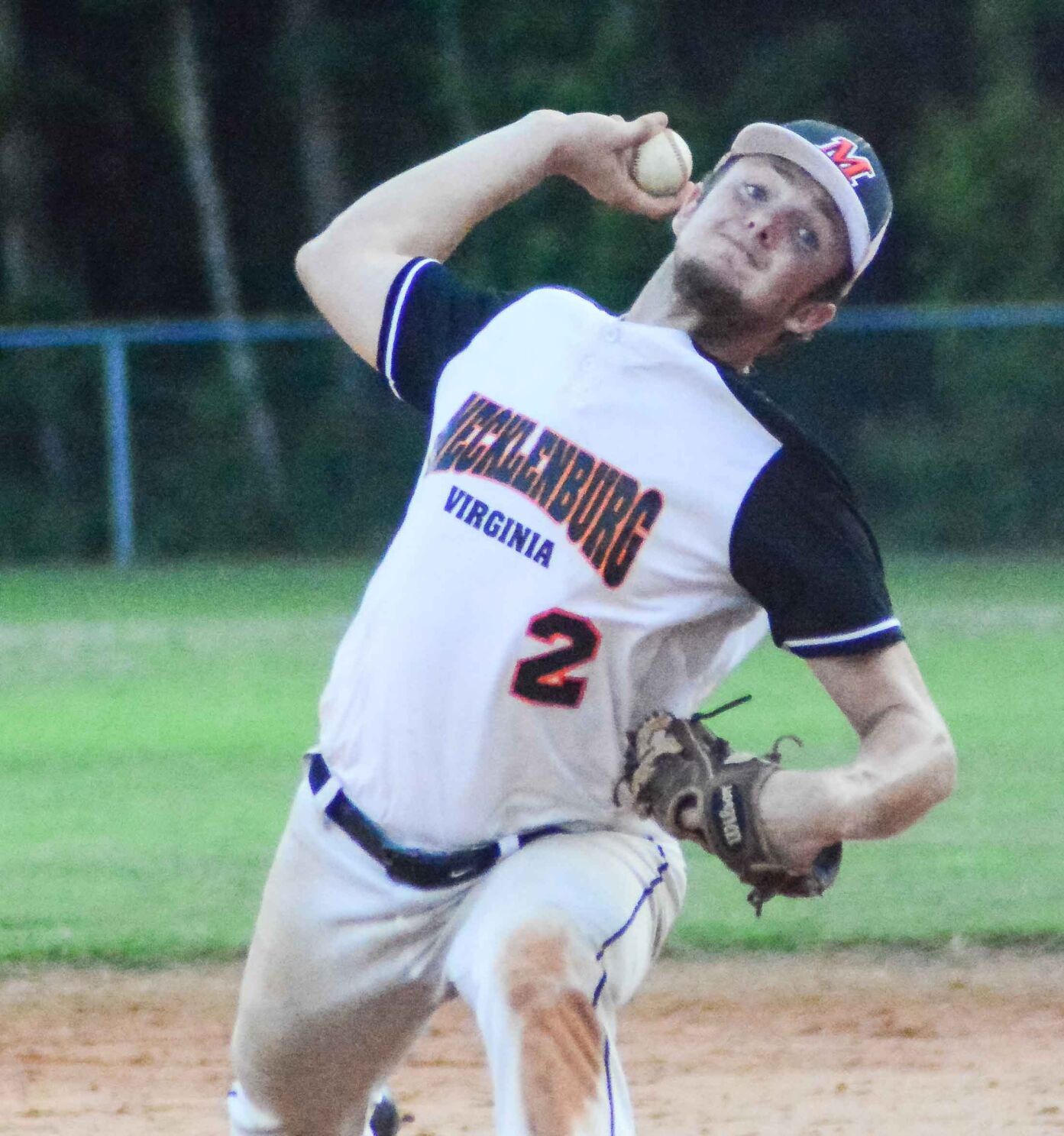 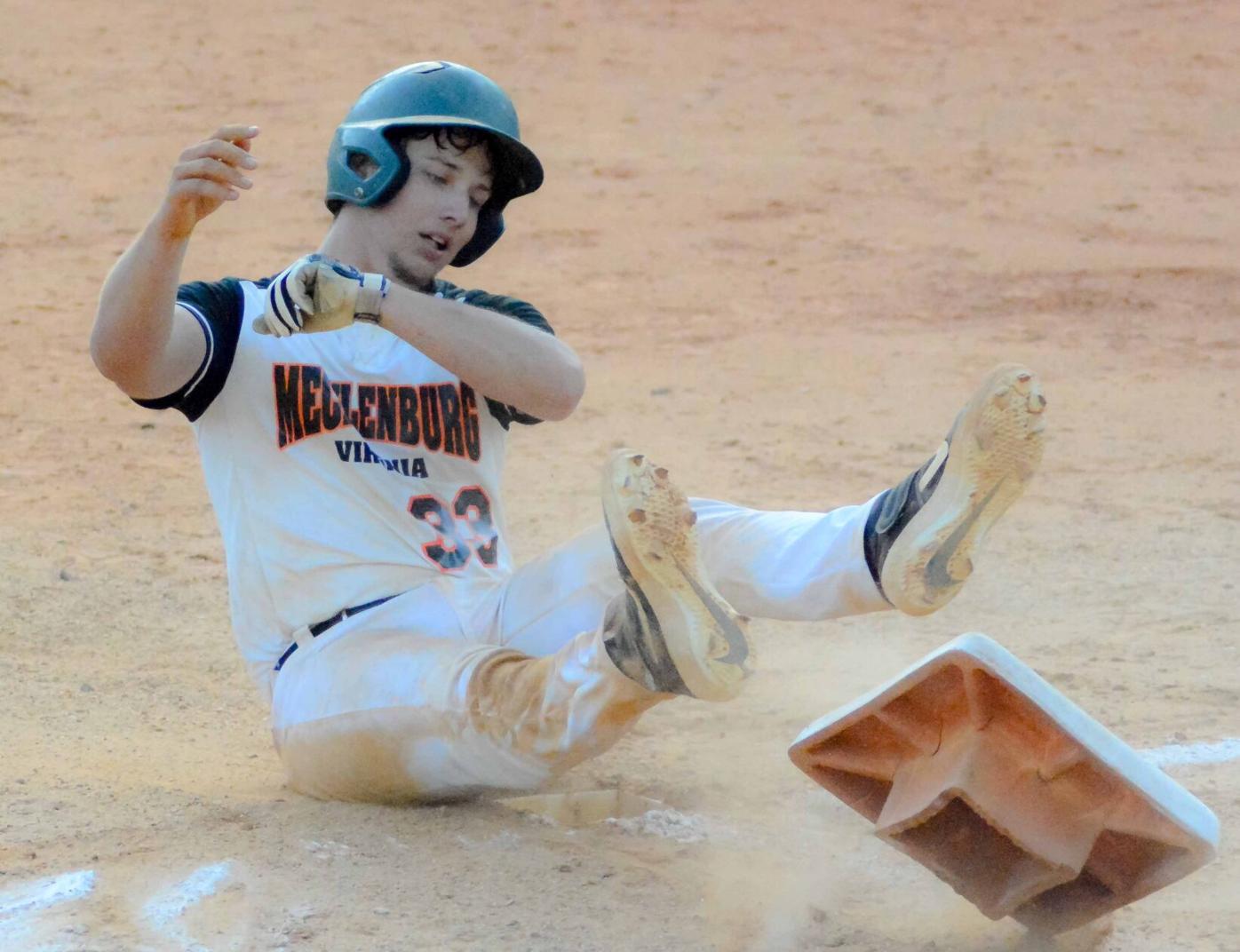 Former Park View catcher Brandon Rolfe was safe on this slide into third base after ripping a triple in Mecklenburg’s 16-5 win over Buckingham in the Virginia Dixie Baseball Majors state tournament title game in Dillwyn. (Dennis Smith photo)

Former Park View catcher Brandon Rolfe was safe on this slide into third base after ripping a triple in Mecklenburg’s 16-5 win over Buckingham in the Virginia Dixie Baseball Majors state tournament title game in Dillwyn. (Dennis Smith photo)

The title was the third straight for the local franchise and earns Mecklenburg a berth in the Dixie Baseball Majors World Series that will begin on July 24 in Ozark, Alabama. Mecklenburg will face the Florida state champion at 9 a.m. in Game 3 at Wallace College.

Local businesses and individuals interested in making a donation to assist the team in making the trip may call 434-265-3859.

Former Dragons’ hurler Justyn “Mann” Hudson gave up a run in the top of the first inning on two singles in the title game but battled back with a strikeout to get out of the jam and leave two base runners stranded.

Mecklenburg tied the score at one in the bottom of the first when former Park View standout Jarrett Hamby led off by reaching on a fielder’s choice and scored on a RBI single by Hudson.

Mecklenburg took the lead for good in the second inning when another former Dragon Hunter Sykes reached on an error and Austin Hall followed with a RBI double. Thomas Lee ripped another double that one-hopped off the left-field fence to plate a run and former Park View catcher Brandon Rolfe tripled to score another run for a 4-1 lead. Hamby drove in the final run of the inning on a RBI groundout.

Sykes made a nice running catch in deep centerfield in the top of the third inning to help keep Buckingham at bay.

In the bottom of the third, Lee doubled down the third base line to drive in two runs and Rolfe drove in a run with a RBI groundout for an 8-1 lead.

Hamby followed with a RBI single and Michael Thomas Holtzman tripled to plate another run. A RBI single by Hudson completed the scoring to give Mecklenburg an 11-1 lead.

Buckingham loaded the bases with no outs in the top of the fourth but Hudson battled back to record two strikeouts and induce a groundout to get out of the inning unscathed.

In the fifth Buckingham rallied to extend the game by scoring four runs on four walks and two hits.

Mecklenburg added one run in the bottom of the sixth inning when Holtzman tripled and scored for a 12-5 lead.

Sykes, who came on in relief of Hudson in the fifth, struck out the side after allowing a leadoff walk in the top of the sixth and the local team put the game away when Lee reached on an error and Hamby followed with a 2-run homer in the bottom half of the inning and Holtzman singled  and Sheets ended the night with another 2-run homer.

Holtzman went 3 for 5 in the victory and scored three runs while Hamby went 2 for 5 with a homer, 4 RBI and three runs scored.

Sykes and Hall each scored two runs apiece in the win.

Hudson picked up the victory on the mound striking out six over 4 2/3 innings.

Mecklenburg topped Buckingham 8-2 in the first game of the series that started on Friday evening and then was stopped in the bottom of the second inning when a heavy thunderstorm moved through the area.

The game was picked up from that point on Saturday afternoon.

The local team had jumped out to an early lead on Friday when Holtzman reached on an error in the top of the first and scored for an early 1-0 lead.

Mecklenburg scored three runs in the second when Sykes and Hall drew walks, Rolfe reached on an error and Hamby and Holtzman followed with RBI hits for a 4-0 lead before the game was halted.

Mecklenburg added two runs in the fourth inning on Saturday when Wade Jenkins and Rolfe walked and Hamby and Holtzman followed with RBI hits.

The local team added its final two runs in the sixth inning when Holtzman doubled and Sheets followed with a deep homerun.

Hamby and Holtzman both had two hits and 2 RBI in the victory for Mecklenburg.

John Hobgood pitched four innings to earn the win on the hill while Thompson and Hamby also pitched well in the win.

Buckingham scored both of its runs in the sixth inning on two singles and a RBI double by Stinson.