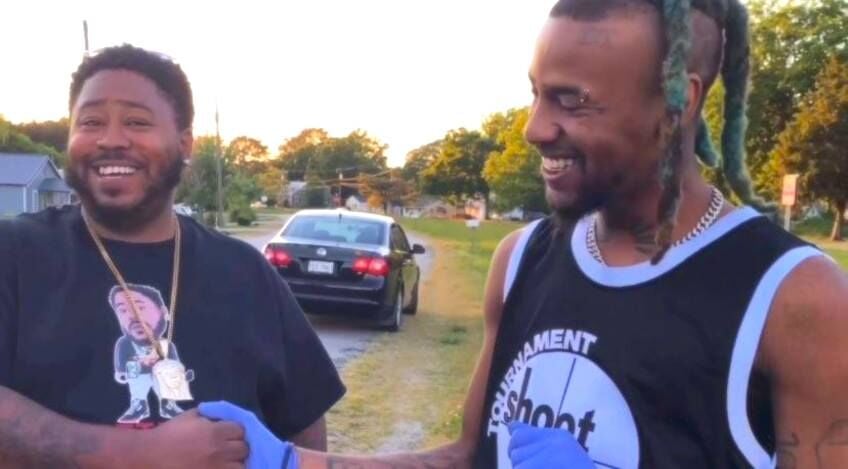 A still from the set of “A Gangsta’s Lullaby” show Kwaman Stevenson joking around with Daqwon Thorne. 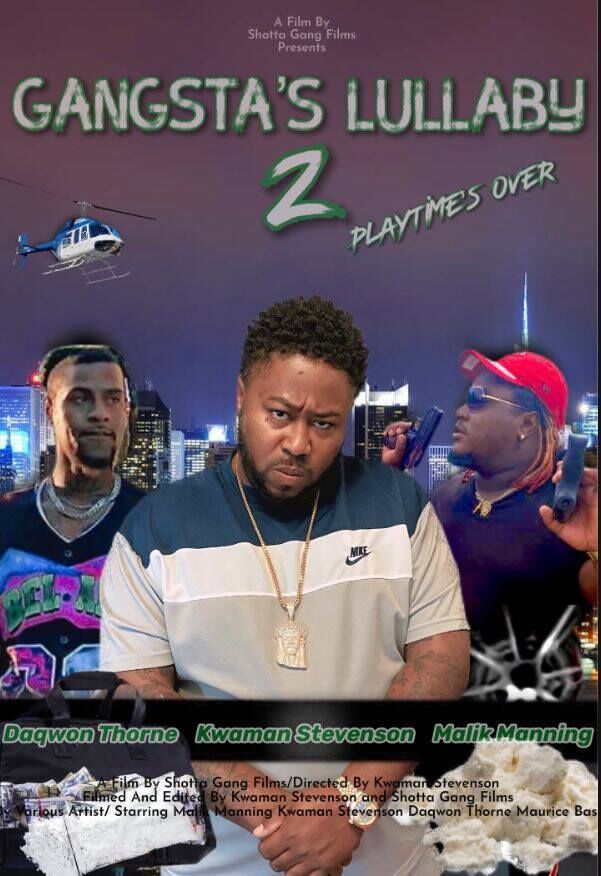 A still from the set of “A Gangsta’s Lullaby” show Kwaman Stevenson joking around with Daqwon Thorne.

Kwaman Stevenson—a Boydton native and all-around camera artist—has wrapped up the shooting for his second film as director, writer, and actor.

Stevenson explains that the movie, “A Gangsta’s Lullaby 2”, is his message to today’s youth. In summary, the protagonist was forced into street life when he was young. As he grew up, he fell in love with that way of life and with the money that he was making; however, in the process he hurt a lot of people including his loved ones. Our protagonist upon realizing that he’s hurt his loved ones decides that he wants to find a way out.

As Stevenson shares, the movie does not end happily. He states that there are real life consequences that come along to those that adopt that way of life, and he aims to show those repercussions in a real way to dissuade the youth that may have been lulled into it.

On how he’s managed to achieve such commercial success in a few short years, Stevenson says that he started messing around with his phone one day, and soon he got into filming short music videos. He says, “I went from doing music videos to filming weddings, receptions, and eventually movies. It got me to where I’m at today.”

Stevenson was directly inspired to get into filmmaking by one of his father’s close friends growing up: Barry Smith. In 2020, Smith passed. Smith, “wrote a lot of screenplays, but he never had the chance to actually realize them because he had a heart attack.”

The sequel film is dedicated to the memory of two of Stevenson’s friends who recently passed. The first of which was his agent, Zeda Fields. The second is James Crayton, whose death hit the cast of the movie hard.

James Crayton was one of the key cast members in the first film “A Gangsta’s Lullaby”. Crayton was killed the same day that they finished the first movie. Because of this, Stevenson didn’t think they would continue the story; however, he decided to do so in honor of Crayton.

“We were trying to avoid things like this; he was a kid that was in the streets,” Kwaman shared. He continued, “His death affected the whole crew in many ways because we felt like we failed…we included him in this to stop what ended up happening to him.”

As a Boydton native, Stevenson knows that local kids feel pressured to live that life due to the lack of ways to keep busy in town. He says that he looks at kids like Keldon Johnson and Kahlil Watson who chased their dreams and achieved them. He hopes that success stories like theirs will continue to inspire the local kids and show them that they can achieve anything they want if they put their minds to it.

He hopes his own success can also inspire the youth.