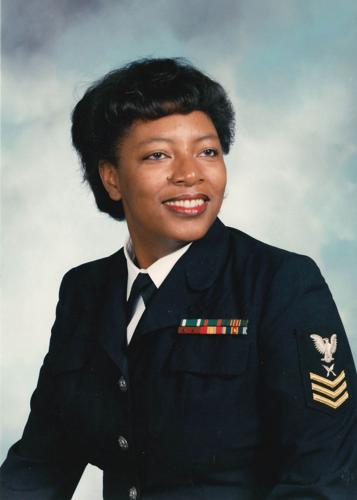 Linda Norman served in the United States Navy for 26 years. 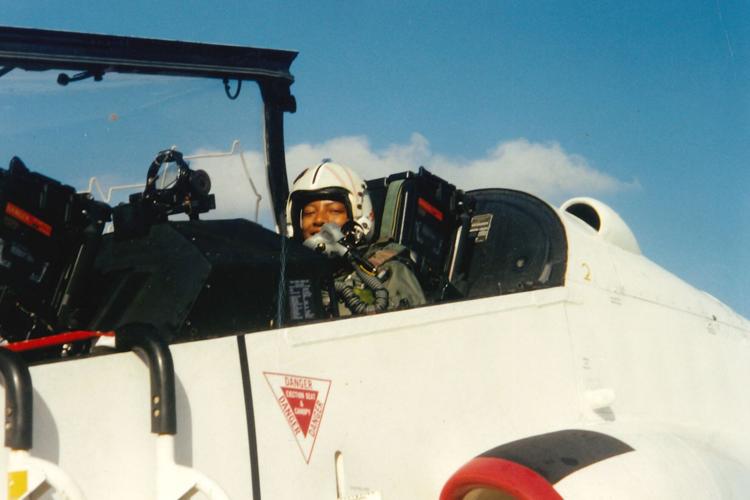 Linda Norman was given a ride in an F-14 so she would understand what the pilots experience. 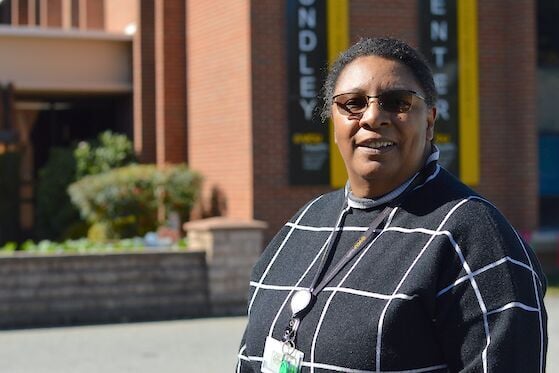 Linda Norman’s military career prepared her to be the director of nursing at The Hundley Center extended care facility.

Linda Norman served in the United States Navy for 26 years.

Linda Norman was given a ride in an F-14 so she would understand what the pilots experience.

Linda Norman’s military career prepared her to be the director of nursing at The Hundley Center extended care facility.

A young woman with a dream to become a nurse finally did so after 26 years of working in the United States Navy. Her experience in the military gave her the skills she needed to lead a team of nurses at an extended care facility in South Hill.

When Linda Norman graduated from high school, she knew she wanted to be a nurse. After having a little too much fun in college, she was forced to go to work. Knowing the military provided educational benefits, she’d planned to serve four years and go back to school.

But the Navy had other plans. They kept offering Norman more challenging roles and more exciting places, such as Cuba and Italy. She and her husband served their country while raising children. The military does not normally deploy both parents in a situation like theirs, but they worked hard to make sure they both had fulfilling careers and their kids knew they always had a parent to come home to. Norman credits her children’s resiliency to the places they lived and the experiences they had that were not available in the United States.

In the late ‘90s, Norman was promoted to senior enlisted advisor in a training squadron of 600 people. She was the first Black female to hold this title. Despite only having a background with ships, she was put in charge of the training squadron for the naval air wing. The day after her pinning ceremony for her promotion, she was given a ride in an F-14 so she would understand what the pilots experience.

When she asked the lieutenant how he got to the point where he was comfortable flying tip-to-tip with another aircraft, he said, “You have to trust the process.”

And she thought, “That’s true for everybody in the military, because we don’t get to see the big picture, but we know it’s there. So we’re going to fight for it and maybe lose our lives for it. That’s what we do each and every day.”

She credits her work ethic to the military.

“The military built me,” Norman said. “It was an honor to work beside people who had a work ethic, and they were committed to the cause of fighting and maybe giving up their lives for the freedom of the United States. Being a part of something that is much bigger than you, you are absolutely making a difference wherever you are, in whatever capacity you serve.”

When she tried to retire in 2001, 9/11 terrorist attacks happened. Because the country was at war, she was denied retirement and sent to recruit training command in Illinois to train new service members.

Norman finally retired as a yeoman senior chief petty officer surface warrior qualified. Her main duties in her final position were handling logistics for sailors to make sure they got what they needed and making sure everyone upheld the tradition and honors of the United States Navy.

Upon retirement in 2004, she went to Southside Virginia Community College to earn her nursing degree and obtained her master’s degree at Chamberlain University, using funds provided by the military for her service during the War in Afghanistan. She became the assistant director for acute care at VCU Health Community Memorial Hospital and later transferred to be director of nursing at The Hundley Center extended care facility.

Norman believes there’s a direct skill set learned in the military that prepares people for working in health care.

“People who serve in the military tend to be people who will give of themselves 110%,” Norman said. “The medical field needs that work ethic and commitment. Veterans are steady, abstract and critical thinkers, and health care really needs that.”

VCU Health CMH is proud of all military veterans who work there. Veterans are encouraged to apply at VCU-CMH.org under careers.