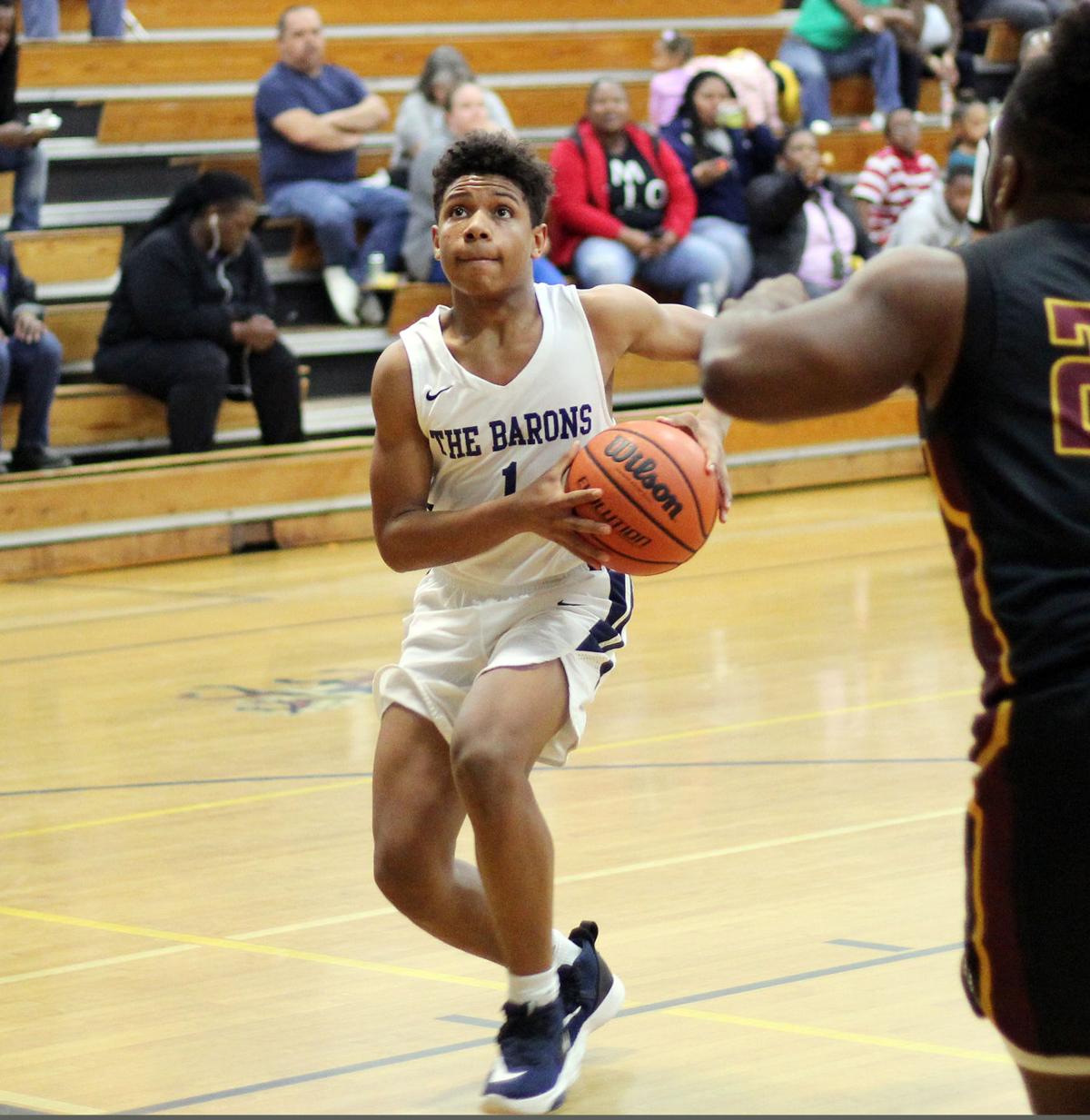 Bluestone's Xavier Sturdifen takes an open lane to the basket during the varsity Barons' win over Nottoway on Monday. 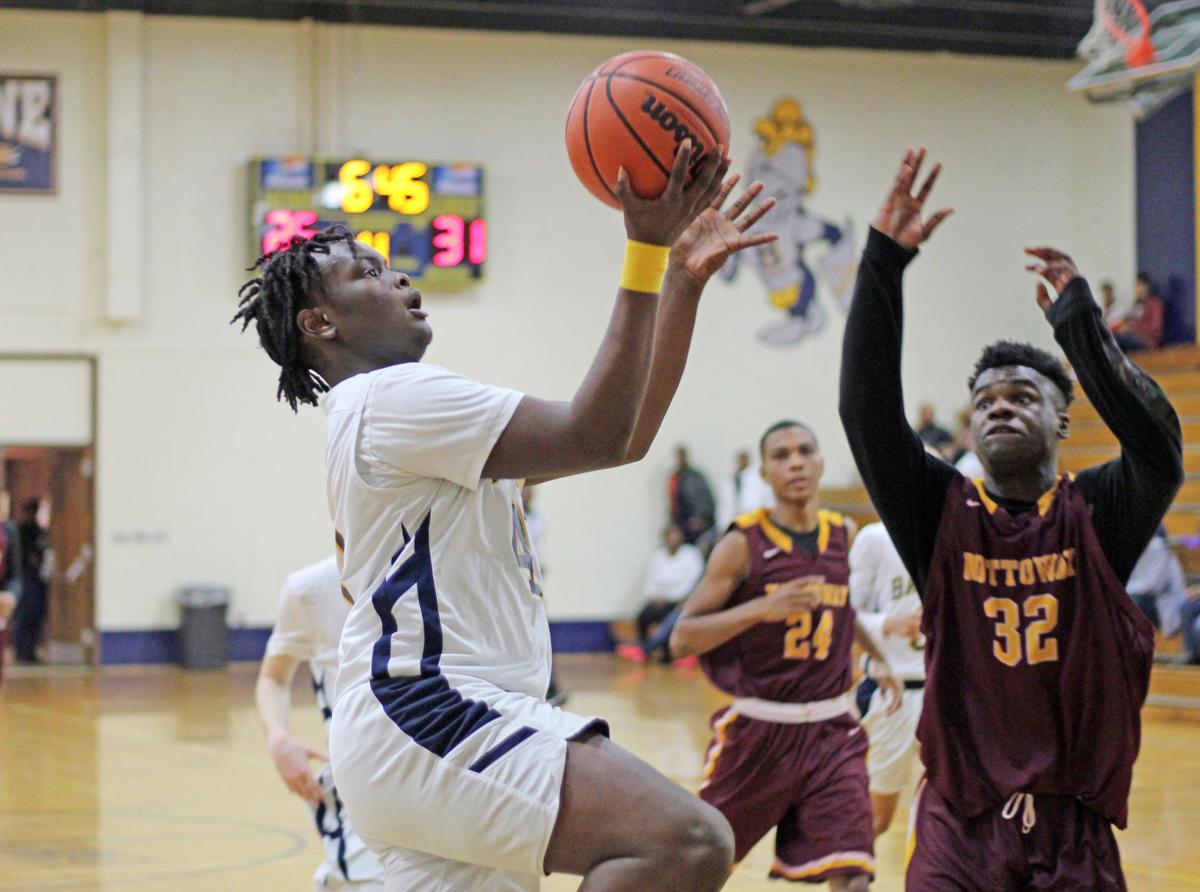 Bluestone's S'Mario Pettus drives to the basket during the Baron JV team’s overtime loss to Nottoway on Monday.

Bluestone's Xavier Sturdifen takes an open lane to the basket during the varsity Barons' win over Nottoway on Monday.

Bluestone's S'Mario Pettus drives to the basket during the Baron JV team’s overtime loss to Nottoway on Monday.

The varsity Barons used a 13-2 run spanning the third and fourth quarters to pull away in a 65-58 Senior Night win to break a four-game losing streak.

Meanwhile, the JV team battled Nottoway to overtime but came up one point short, 41-40.

The Barons trailed 9-6 at the end of the first quarter, but Nicholas Abernathy scored 11 points in the second quarter and nine of the last 11 Bluestone points going into halftime to keep the home squad close.

Bluestone trailed 23-22 at the half, and Abernathy stayed hot in the third quarter, scoring the first eight Bluestone points.

The game was tied 32-all when Abernathy gave the Barons a lead they would not relinquish with a deuce off a Victor Small assist with 1:29 to play in the third quarter.

The Barons led 39-34 going into the final period, and Camrin Morton scored the first six points of the fourth quarter to give the Barons their largest lead of the game at 45-34.

Nottoway chipped away and cut its deficit to 60-55 with about a minute remaining, but the Barons made 5-of-8 free throws down the stretch to put the game away.

The varsity Barons improved to 6-15 overall and 6-9 in district play with the win. They were scheduled to close the regular season Tuesday at Goochland.

Seniors Hatcher and Bullock were recognized prior to the game during Senior Night, along with senior cheerleader Destiny Crawley and senior wrestler Neil Clayton Jr.

The JV Barons trailed 24-15 at halftime and 31-25 at the end of the third quarter as Nottoway played suffocating defense.

Akim Simmons hit a 3-pointer with 2:21 to play to cut the deficit to 36-32, and after an Ernest Jones free throw, Trevon Tucker scored a basket off a Jones assist to bring the Barons within a point with 30 seconds to play.

After several missed free throws, Jones was fouled on a last-second heave and a made 1-of-3 free throws to tie the game at 36 at the end of regulation.

In overtime, Simmons made a pair of free throws with 26 seconds to play to tie the game at 40, but Nottoway’s Cephis Pettis made a free throw with 15 seconds showing on the clock to give the Cougars the lead and the win.

The JV Barons carried a 9-6 district record into Tuesday’s regular-season finale at Goochland.