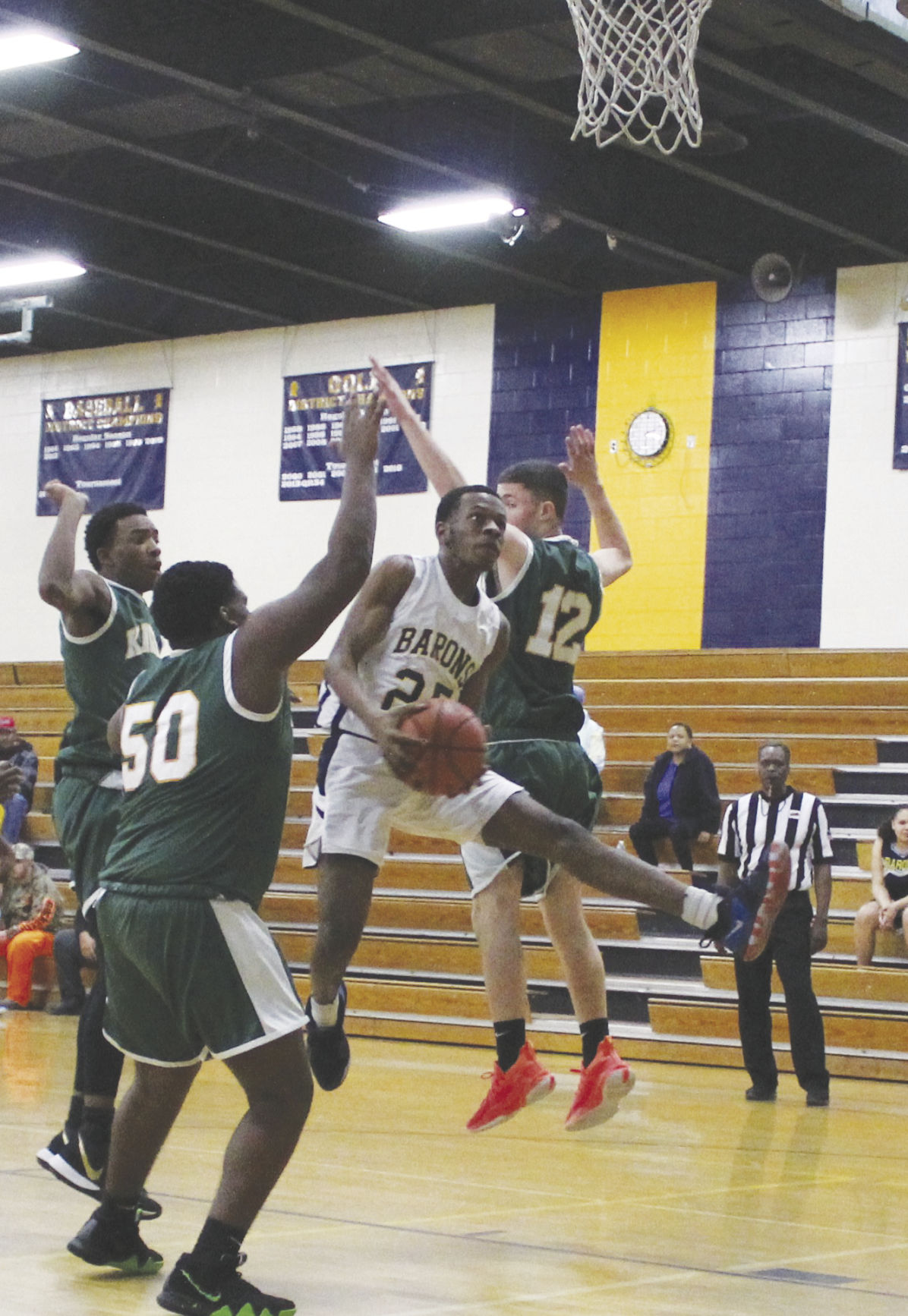 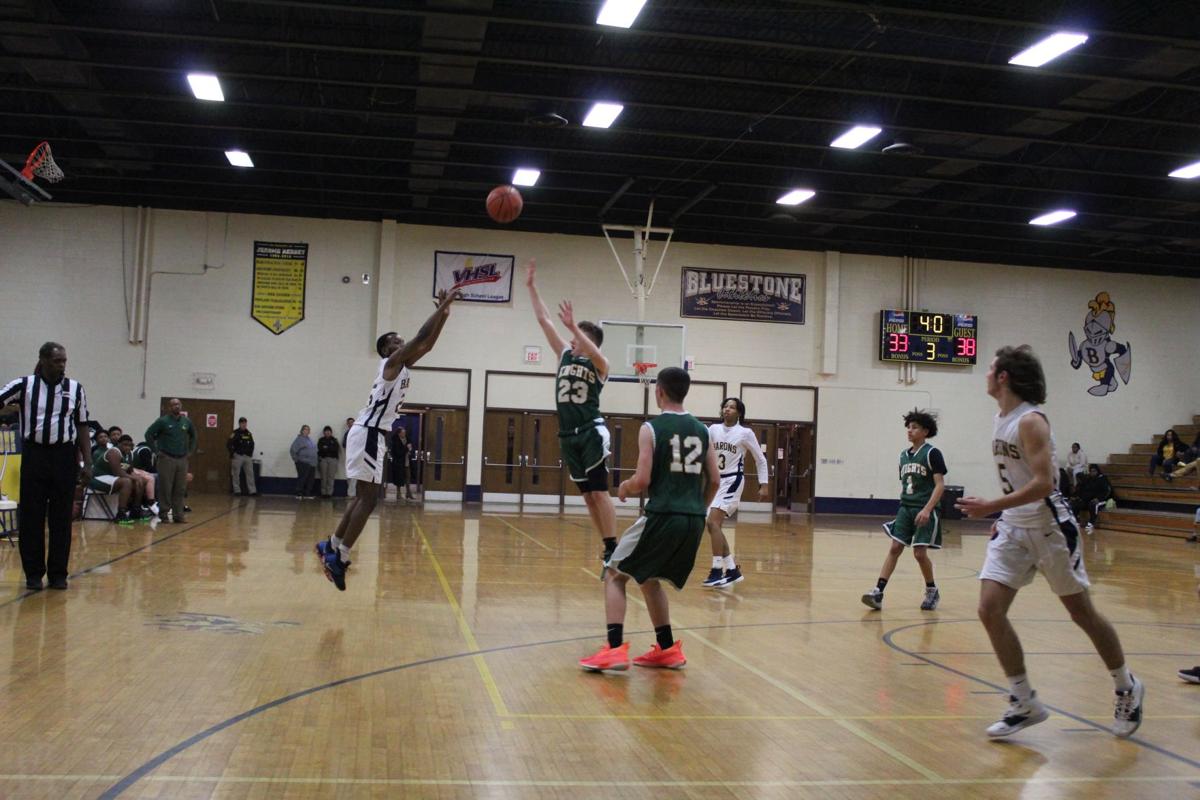 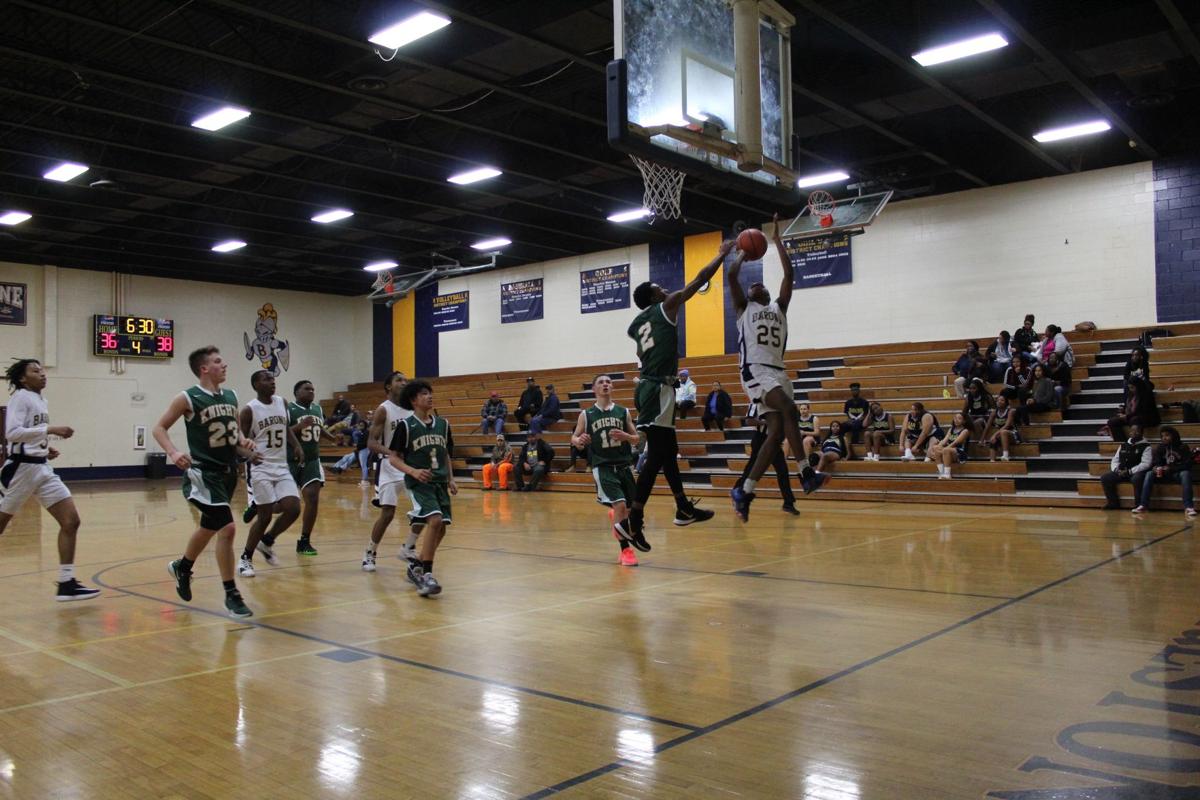 The Bluestone JV boys basketball team played a tough Buckingham team on Tuesday night, but eventually fell short by a final score of 42-36. The Barons held the lead over the Knights throughout the first half, and had cut the lead to 2 early in the fourth quarter. That is when Buckingham decided that they wanted to run some time off of the clock. With 5 minutes remaining in the game and Buckingham clinging to a two point lead after Akim Simmons hit a three pointer for Bluestone, the Knights brought the ball up the court and proceeded to hold the ball for the next three minutes. It wasn’t until the clock was just under two minutes to play that either team made a move. The plan seemingly worked for Bluestone, as they were able to force the Knights to turn the ball over. The Barons were unable to convert on a shot to tie the game and were forced to foul. Buckingham’s leading scorer Colby White knocked down two free throws to get the Knights lead to 4. Another missed shot on the Barons end and White knocked down two more free throws to secure the 42-36 win.

Bluestone started the game off on a bad note, with a technical foul being called on the Barons before the game even tipped off for one of the players dunking in pre game warm ups. Two free throws and a lay up on the ensuing possession put the Barons in a 4-0 hole in the first few seconds of the game. Bluestone would then end the half on a 12-2 run to take a 12-6 lead after the opening quarter.

Buckingham then went on a run of their own to start the second quarter. The Knights went on a 10-2 run to take a 16-12 lead. Bluestone would battle back and retake the lead 27-23 going into the half. The Knights would retake the lead in the third and would take a 38-33 lead into the fourth quarter. Akim Simmons hit a three pointer for Bluestone to cut the lead to two, and that is when the Knights ran some time off of the clock.

Buckingham was led by Colby White who scored a game high 18 points. Bluestone was led by Garrett Allgood who had 14, Akim Simmons had 11 and Trevon Tucker added 7 points for the Barons.