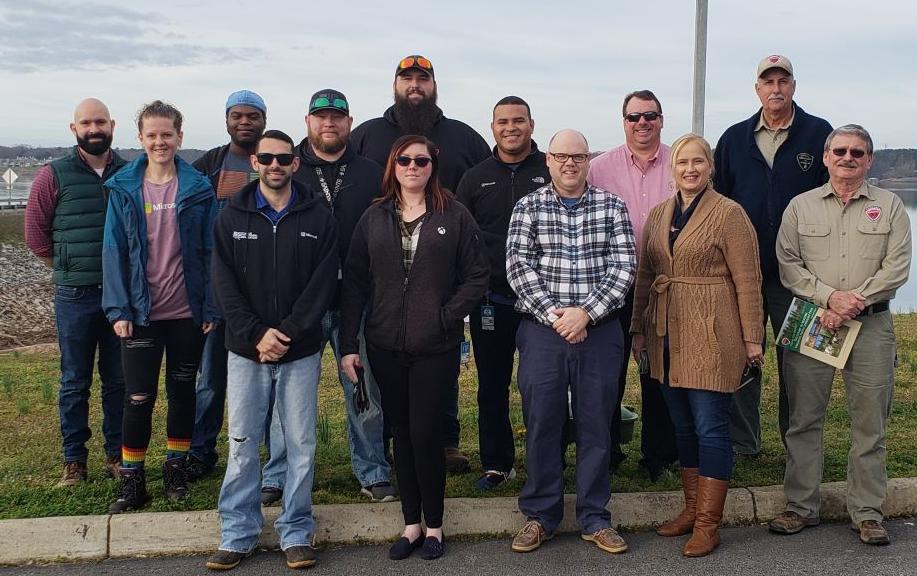 Volunteers from Microsoft and Department of Forestry workers.

Volunteers from Microsoft and Department of Forestry workers.

Around 10 volunteers from the Microsoft Datacenter in Boydton, VA and Clarksville Chamber of Commerce Director Sheila Cuykendall gathered with Department of Forestry Director Harvey Darden and Forestor Neal Oberholtzer at 7-Eleven across the bridge in Clarksville to debrief before heading to the land. Director Harvey Darden brought plenty of loblolly pine seedlings for the volunteers.

The Department of Forestry is working to restore Virginia’s native longleaf pine, and this opportunity is just one of many efforts they have made towards that goal. The Department was working with South Central Land Management Company and the private landowner to plant the full 70-acre area on Wednesday. Department of Forestry Director Harvey Darden stated that following the planting done Wednesday, they will be going back over the area within the next few weeks with a selective herbicide that will keep grass from growing and overtaking the seedlings. The herbicide only affects the grass, not the loblolly seedlings.

The restoration project extends through southeastern Virginia, along the longleaf pine species’s “core” area south of the James River and east of the fall line to distant sites on the Northern Neck and Eastern Shore and as far west as Halifax County. As of 2013, more than 150 landowners have gotten involved with the restoration project becoming interested in both the species’s natural history and its benefits for wildlife. The Department’s project aims to repopulate these areas of Virginia with longleaf pine, of which loblolly—which was being planted Wednesday— closely resembles.