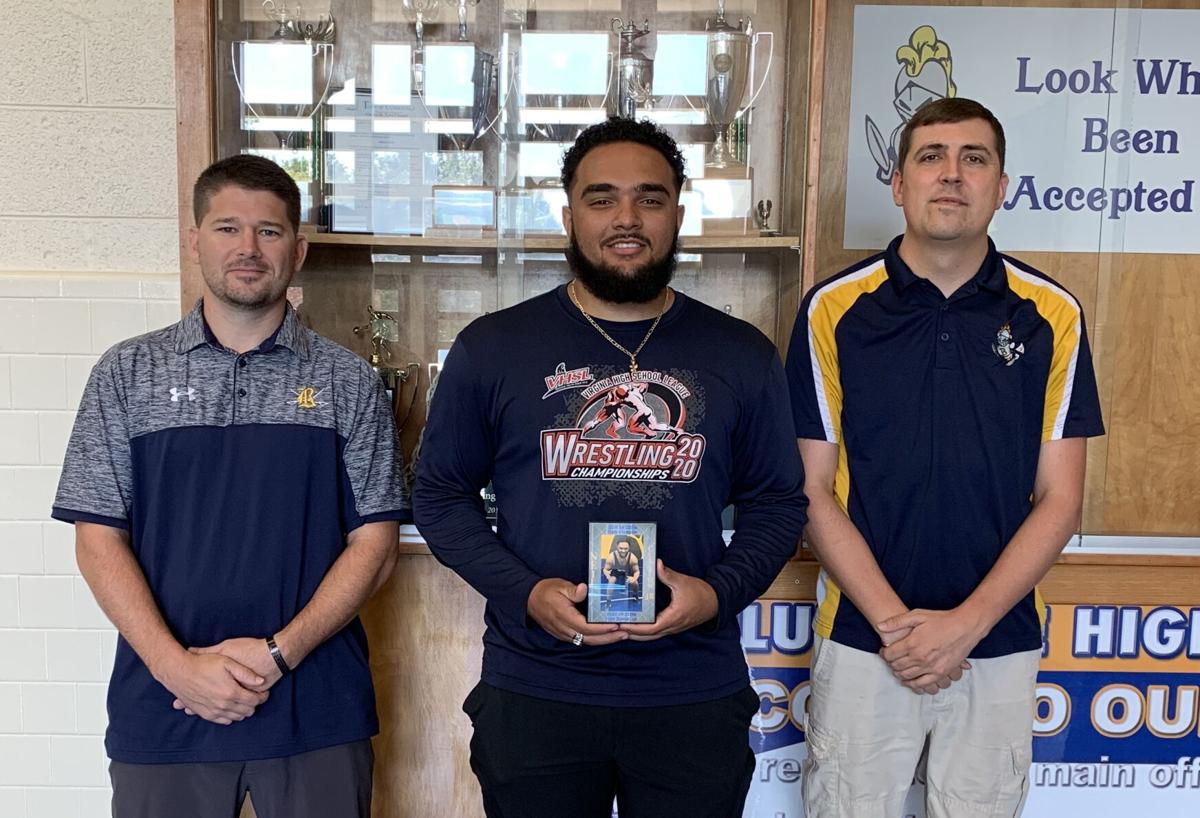 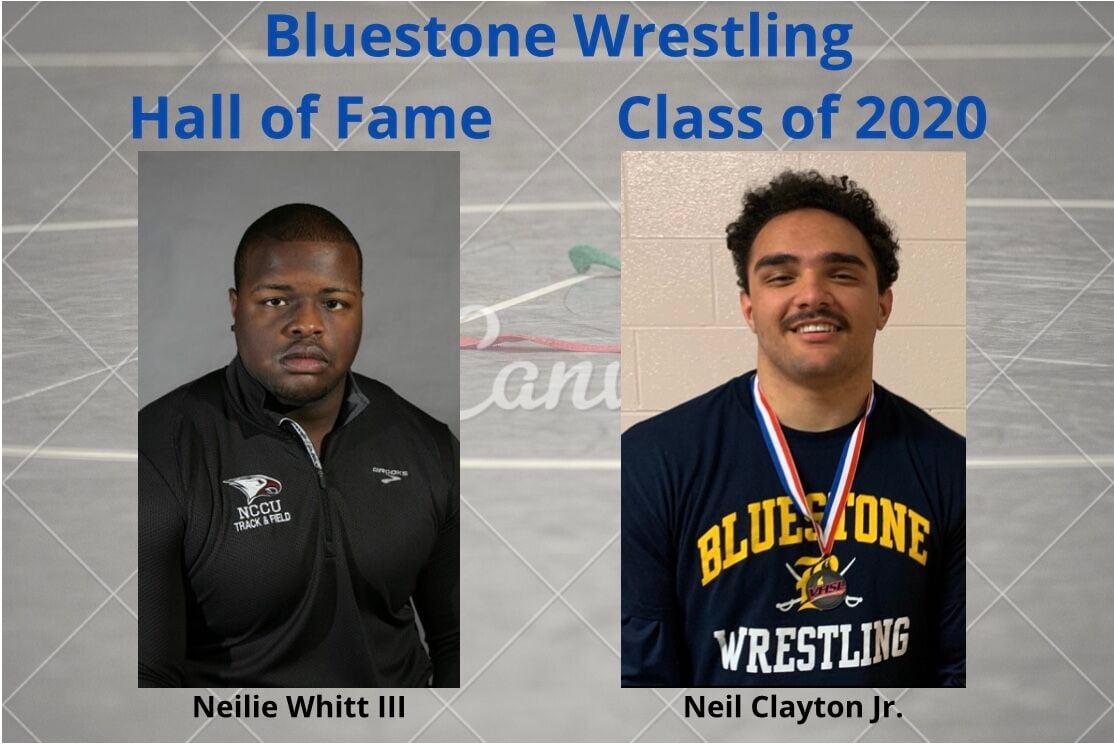 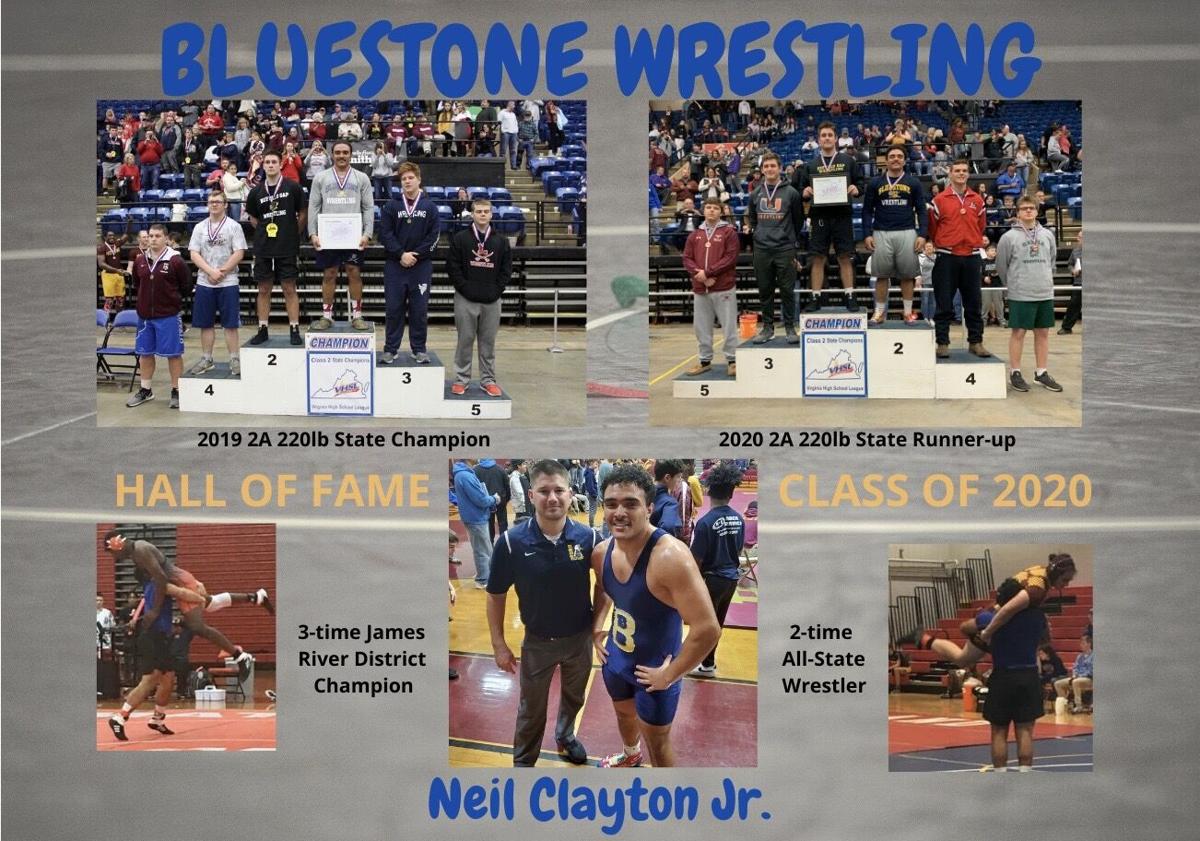 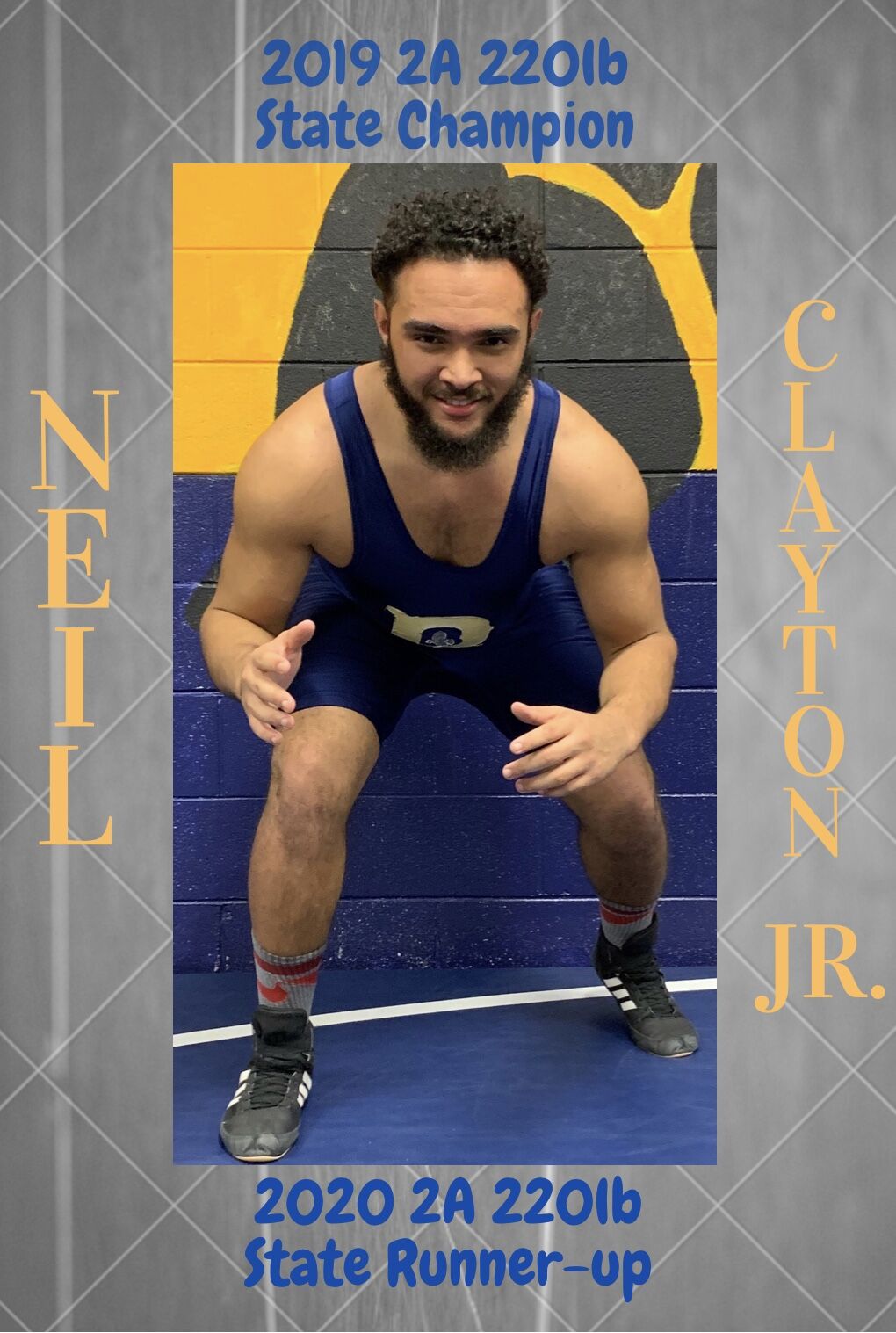 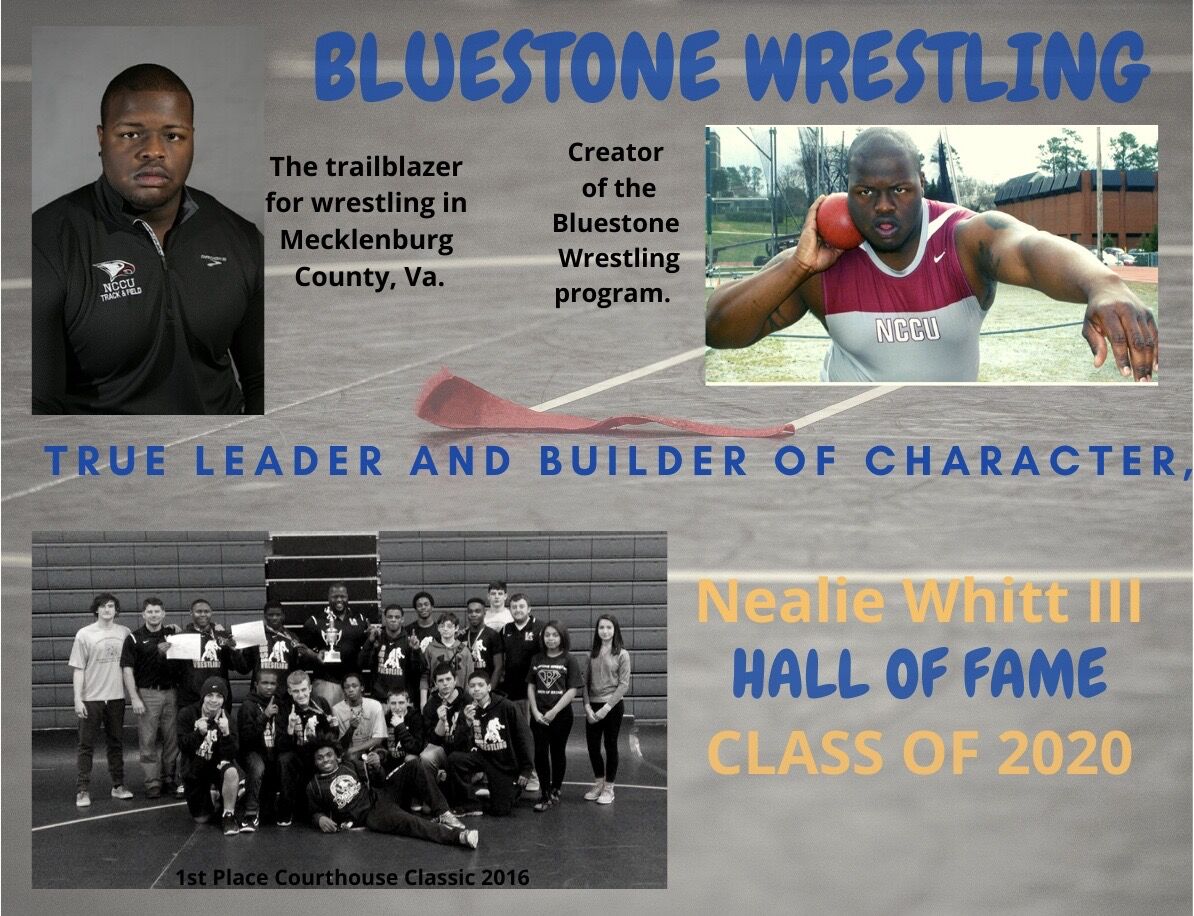 The two members of the 2020 team that were inducted into the Bluestone Wrestling Hall of Fame were Nealie Whitt III and Neil Clayton, Jr.

Nealie Whitt III is the first Head Coach and creator of the Bluestone Wrestling program.

Bluestone ceremoniously placed a picture of Neil Clayton, Jr. in the trophy case for his State Championship win.

2019-20 Middle School Wrestlers that were also honored include:

We look forward to what the next season of wrestling holds!